Wilmington, Delaware, USA, July 15, 2022, The team of Boxa crypto ATM operator from the United States, shared his thoughts on what was happening in the cryptocurrency market in June and what we can expect from July 2022.

May 2022 started with a bitcoin crash that continued through June, and the rate has not recovered so far. This biggest crypto crash has been going on since November 2021 – that’s when bitcoin peaked at $67,500 according to statistics from Payless – another crypto project in the US market. After reaching ATH (All Time High – the maximum historical value), the bitcoin market started a global bearish trend, which continues to this day.

The crypto market is directly linked to the classic foreign exchange markets, which are controlled by the United States. The main reason for the collapse is US monetary policy.

On May 4 of this year, there was a sensational meeting of the US Federal Reserve. The US regulator raised the key rate by 2 points – such information was known in advance, so many people were prepared for it. The effect is simple – raising the rate in the US makes dollar deposits in US banks profitable. Government bonds (bonds) are starting to show high yields. Investors instantly start “pouring” money from gold and cryptocurrencies into the above assets.

Inflation in the United States and Europe has reached critical levels, so the increased rate, along with other methods of regulation, will be in effect for at least a year. Additionally, the cryptocurrency world has not been sufficiently decentralized. A huge global volume of coins is held by US foundations and multinational corporations.

Actions in the center of the Eurasian continent have shown that some countries can be excluded from the cryptocurrency sphere. Cryptocurrency services have started blocking some foreign users and withdrawing their funds. This chaotic behavior of cryptocurrency exchanges and regulators has also caused additional cash outflows.

The principle of cyclicality suggests that the bullish trend is near, as major investors have been able to take positions by buying more depreciated cryptocurrencies.

What to expect in July 2022 bitcoin rate?

However, do not underestimate cryptocurrency. It is already used as a means of payment in many countries. The blockchain allows you to run games, store NFTs, and take out cryptocurrency loans. Virtual coins are already firmly established in the lives of many, their developers are constantly coming up with new solutions that aim to improve people’s lives. This means that soon the decline of cryptocurrency in the United States and other countries will end and a new rally will begin. 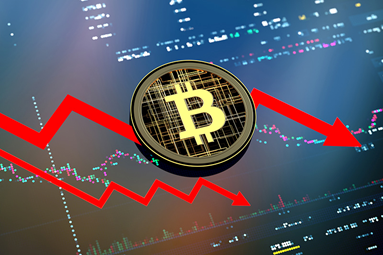 In July, the US Federal Reserve (Fed) is expected to raise the rate another 75 basis points, against which the value of bitcoin may well crash to $10,000.

While previously the Fed tried to avoid talking about a possible recession, last week the head of the American regulator Jerome Powell, addressing Congress, was again forced to admit that it is entirely possible in the actual context.

The current bitcoin price trend may continue in July and August 2022. Further unfavorable development of macroeconomic factors, bitcoin sales by miners, as well as problems of major cryptocurrency market players may cause further drop in bitcoin price. You can find more information about bitcoin technologies in this blog.

The information on this page is provided by an independent third party content provider. Binary News Network and this site make no warranties or representations in this regard. If you are affiliated with this page and would like it removed, please contact [email protected]